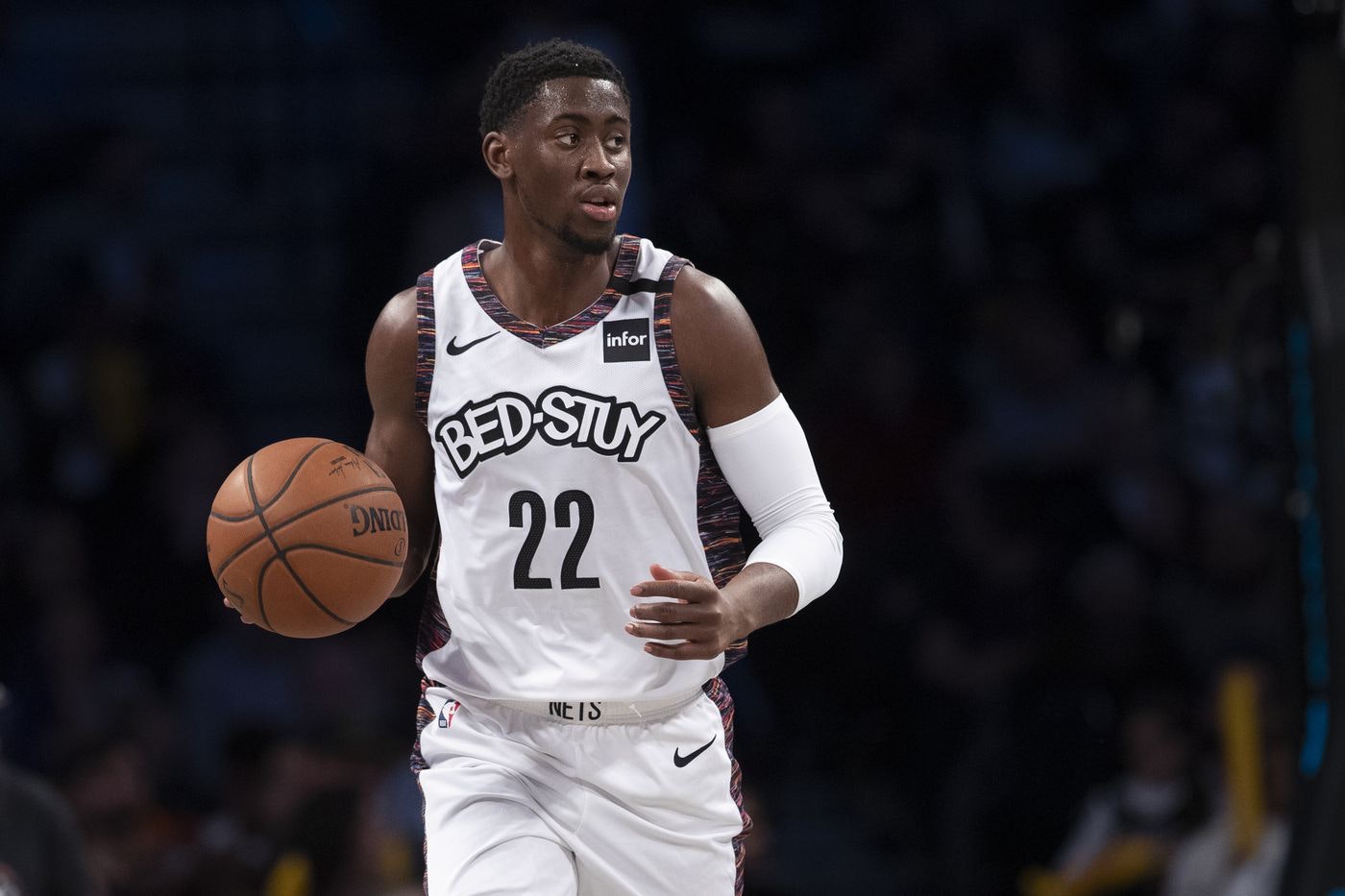 Caris LeVert will be a consistent All-Star, or, at the very least, somebody who is on the fence of that honor every season. There’s a few obstacles in his path, but what fun would it be if everything was easy?

The biggest problem is the fact that he’s no longer the main scoring option for the Brooklyn Nets. With superstars Kevin Durant and Kyrie Irving on the roster, they will be taking up most of the touches. Irving will be the dominant point guard the Nets need, while Durant will (hopefully) continue to be the generational talent he has always been.

Rumors have been circulating around the league that the Nets are shopping for a third star to complete their quest for obtaining their own Ghidorah. Names such as Bradley Beal and Jrue Holiday have been thrown around. While, yes, they are obviously extremely talented players—I wouldn’t include LeVert in any potential trade.LeVert has the highest ceiling, aside from maybe Nicolas Claxton, on the roster.

LeVert absolutely excels with the “eye test.” The “eye test” is watching a player and being like, “damn that boy can hoop.” LeVert is definitely one of those players. His ability to slash to the basket and convert flawlessly is stupendous. His arsenal of runners, floaters, reverses, switcheroos, and countless other finishes are jaw-dropping.

He doesn’t only fight to get inside for the lay anymore. LeVert bumped up his three-point percentage from an average 31 percent last season to a near-elite 38 percent this season—while attempting more three-pointers.

His elite ball-handling package is what sets him apart. His stop-and-go style of dribbling is vastly different from traditional ball-handlers. This jerky style of dribbling catches defenders off-guard, and requires them to commit to a side, which LeVert takes advantage of. With his elite first-step, he almost always beats his defender and faces his next obstacle—the help defender.

With his toughness, LeVert never shies away from contact and has enjoyed a fair share of and-ones. Like I previously mentioned, his floaters are always a threat, which the help defender must be aware of. Should they choose to play the floater, LeVert can easily blow by the heavy-footed defender.

Now that you know what LeVert brings to the table, let’s talk about the not-so-fun stuff. What if LeVert doesn’t even take a seat?

Unfortunately, this has been a common occurrence.

You’ve probably seen the latter. If not, trust me, you’re not missing out on anything. It felt similar to the freakish Paul George injury back in 2014. Similarly, both happened at unfortunate times. George’s came during a light-hearted intersquad scrimmage between the Men’s USA Team. LeVert’s came with five seconds left in the first-half of a game against the Minnesota Timberwolves. He jumped up to contest Josh Okogie’s layup attempt—but Okogie passed out of it. LeVert came down awkwardly and was wincing in pain.

If it wasn’t for this injury, LeVert had a really good shot at winning the 2019 Most Improved Player Award. He made a return later in the season, but it was too late.

The potential for LeVert is there. If he stays healthy, and the head coach to be named for the Nets can figure out a way to mesh the roster, LeVert has a strong chance to one day become an All-Star. Let’s hope he shows out during the continuation of the 2019-20 NBA season.