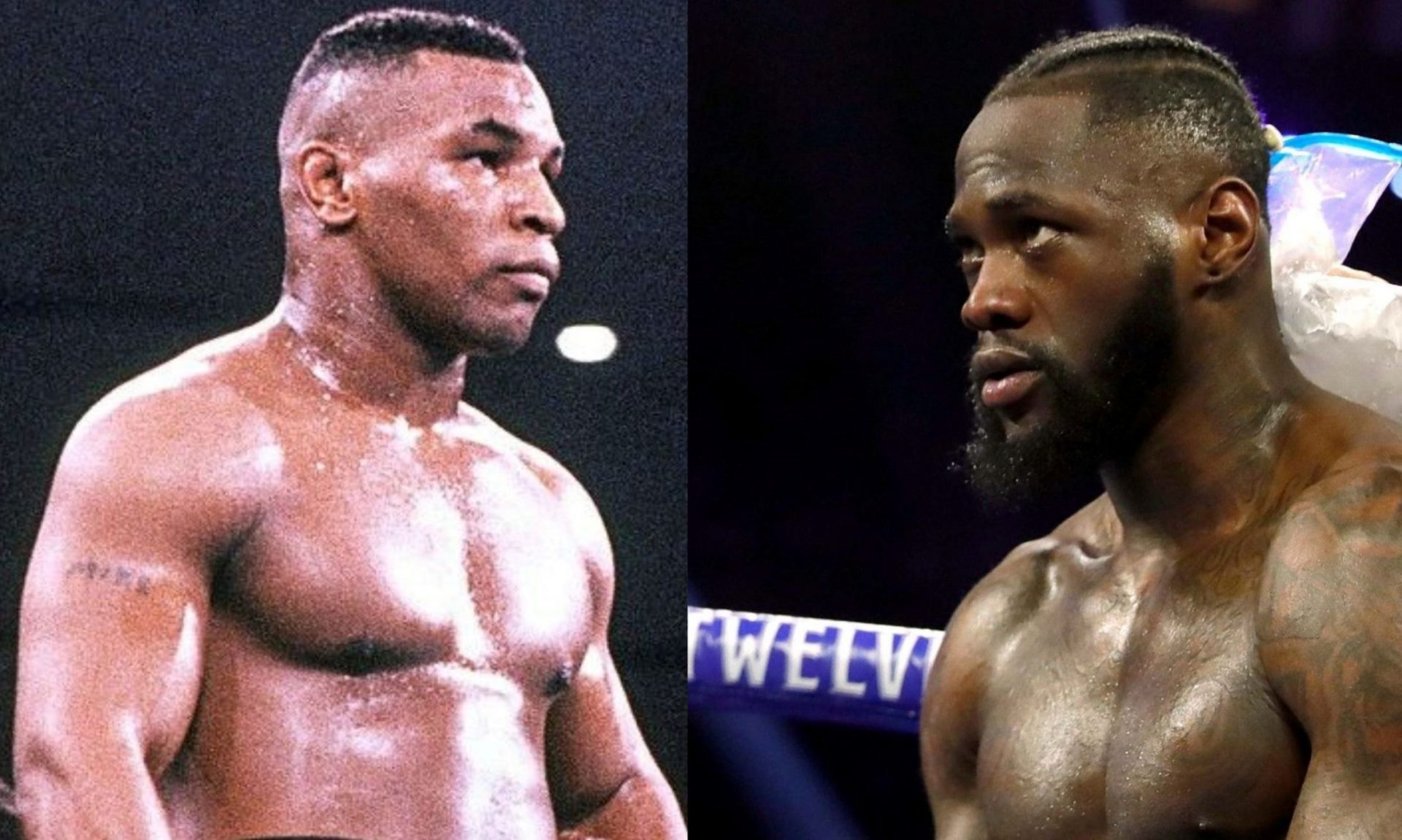 No folks, this is not the boxer the Rocky franchise was largely inspired by. That was Chuck Wepner. Likewise to the movie screen Rocky, Rocky Marciano was an unbeatable steam engine rolling straight toward his opponent.

However, many discredit Marciano’s legacy due to the era he was fighting in. The heavyweight division in the 1950s was extremely weak. World War II sent many fighters, such as the legendary Joe Louis, overseas to fight in the war. When they returned, they were never the same fighters.

His weak competition is not the only knock against Marciano.

He is an absolute baby in comparison to the heavyweights today. Marciano typically fought between 184 and 189 pounds. Heavyweights nowadays weigh no less than 201 pounds. However, make no mistake, he had some power behind his punches.

Being the only undefeated boxer on this list has something to say about Marciano. However, he didn’t even eclipse 50 bouts fought, and because of that, he came up one knockout short of the next person on the list (they share the same KO Rate).

Easily the most well-known fighter on this list, and possibly of all-time, Mike Tyson is recognized for his devastating power and unmatched intimidating aura.

This has reasoning behind it.

Whenever you sat down to watch a Tyson fight you had to be alert early. He had a remarkable 22 first-round knockouts in his career, as well as 11 coming from the second and third round combined.

What sets Tyson apart from the rest of these fighters is his ability to be dangerous at all times. Not only did you have to watch for his right side, as you would against most orthdox fighters, but also his left. He was like a switch-hitter in baseball. Either way you angled yourself, Tyson had a better angle and some dangerous power waiting for you – coming from either side.

With a nickname of “Big George” one would expect the dubbed to be an unstoppable force.

This held true for George Foreman.

Foreman was like a raging bull hauling full speed ahead; a huge, immovable beast of a human being trying to knock your head off. He slugged his way through the heavyweight division from 1969 to 1977.

He won the WBC and WBA heavyweight titles after knocking out Joe Frazier in 1973. He would only successfully defend his title twice, against Ken Norton and Jose Roman, before losing it to “The Greatest” Muhammad Ali in October of 1974 at the “Rumble in the Jungle.”

Foreman could not secure another title shot, and after losing to Jimmy Young in 1977, he retired to pursue a deeper connection to his religious beliefs. He became a preacher and opened a youth centre.

However, he would soon come out of retirement, a little bit pudgier, after his youth centre ran into financial problems. But, as he continued to fight, he once again found the burning passion for boxing that had always laid inside him.

On November 5th of 1994, Foreman got his title shot – two whole decades after he lost them. He would wear the same red shorts that he wore in the most devastating loss of his career against Ali. That was then. Now, at 45 years old, he fought the younger and quicker Michael Moorer, and it went as expected. Moorer was ahead on points and moved around the older and bigger fighter. However, a thundering right from Foreman split Moorer’s gloves and sent him down for the count.

Thus, Foreman became the oldest heavyweight champion in the history of the sport.

While, yes, Shavers never won a title, he still had some power behind him. Some real, unworldly power. Tying for the most total knockouts on this list with the aforementioned Foreman, he was no fighter to be disrespected.

“Earnie hit me so hard, it shook my kinfolk back in Africa.”

While Ali constructed the one-liner for more comical purposes, you get the significance behind it. Ali defeated Shavers in Madison Square Garden in 1977 by unanimous decision. Shavers also lost to Larry Holmes in 1979 in what would be the last title fight of his career.

Regardless, he had a long and successful career mostly due to his legendary power.

If you were a mad scientist, with a slight betting problem, and you wanted to build the perfect heavyweight boxer in the lab, Deontay Wilder would pop out of the chamber.

Standing a 6’7” with an 83 inch reach, Wilder has the raw physical traits of a dominant heavyweight.

Wilder is an anomaly.

The combination of speed and power that he possesses is a trait every boxer envys. He hits with George Foreman power, but he gets there with Manny Pacquiao speed. That’s terrifying.

Only two fighters have ever left the ring with their pride when fighting Wilder. Of all the opponents Wilder has beaten, only one survived the whole fight. Bermane Stiverne went all twelve rounds with Wilder, but he ultimately lost his WBC title to the “Bronze Bomber.”

The only stain on the otherwise flawless legacy of Wilder? Tyson Fury.

In 2018 Fury and Wilder fought a draw. Earlier this year, in February, Wilder finally lost in what ended up being a TKO victory for Fury.

However, with 41 of 42 wins coming by knockout, with 30 in the first three rounds, there’s no doubt Wilder is the heaviest hitting heavyweight of all-time.

Fury and Wilder are eyeing a third match in December of this year. The fight will likely take place at Allegiant Stadium in Las Vegas, Nevada.