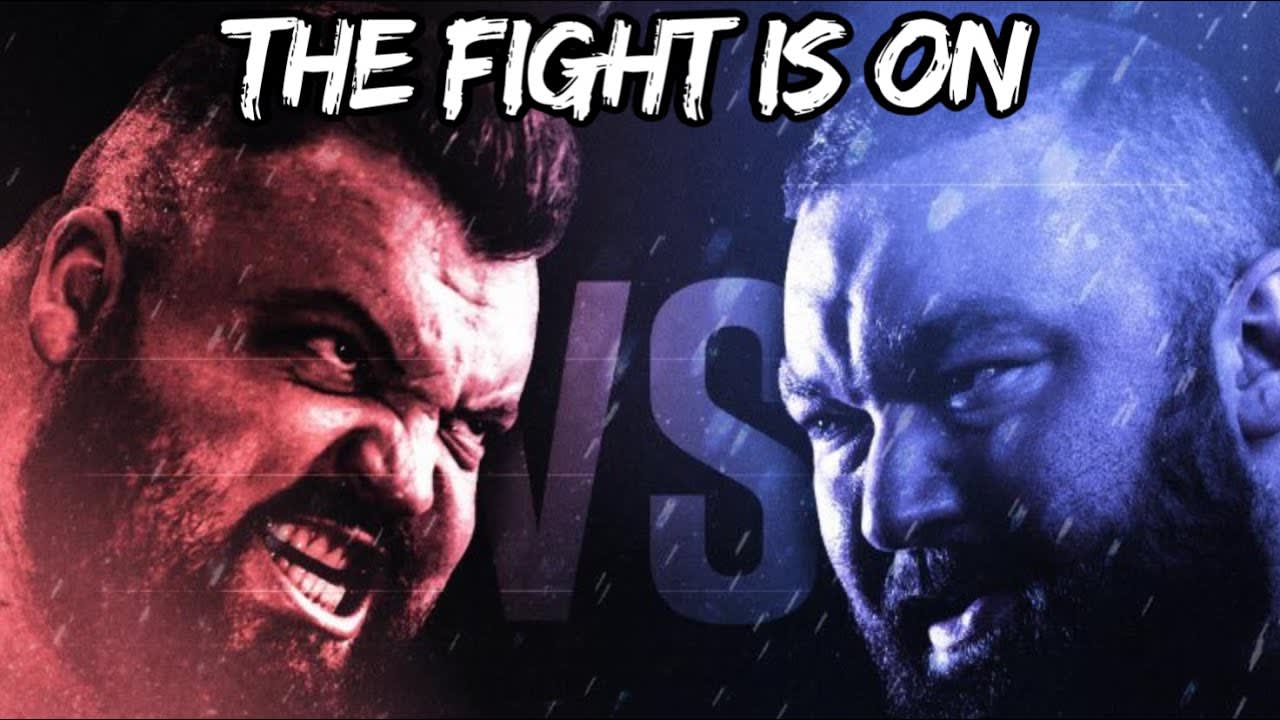 Granted it was in the comfort of his own gym—which goes against the traditional values of the sport—but that’s besides the point.

Exactly two weeks from this day, Thor attempted to break the deadlift world record set by Eddie Hall in 2016. Thor wanted to just edge out Hall, attempting to break the record of 500kg by a single kilogram. After a few warm-up sets, Thor successfully lifted 501kg, noticeably easier as compared to when Hall lifted 500kg four years ago. Kudos to Thor.

What happened afterwards was madness.

A mere three words from an ESPN anchor spurred the biggest known fight in the history of mankind.

Thor responded, “CoreSports just offered me a seven-figure contract. Eddie Hall has been running his mouth now for a few weeks,” Thor said, getting visually cockier, “I know he got the same deal.” By now the audience could infer what was going on. Thor continued, “Eddie, I just knocked out your record, and now I’m ready to knock you out in the ring, time to put your fists where your big mouth is and sign the contract.”

With a stagnant, stern expression, Thor pointed at the camera, exclaiming, “I’m ready, are you ready Eddie?”

“World’s Strongest Man 2017. I trained for that like no other man did. And just like I did for that, I’m gonna do exactly that for the fight.” From this point on, Hall was noticeably entering a darker dimension that we could not tangibly visualize. “I’m gonna swim out to those dark waters, and I want you to come with me. I’m gonna keep swimming, and I can guarantee you—I don’t give a fuck anymore. I’m not turning back, and you will because you’re a pussy.”

“It’s a dark, deep, cold, horrible place. It all ends in the ring, and that’s where I’m gonna teach you a fucking lesson. Ok Thor, so, good luck you’re gonna fucking need it.”

The usually joyful, jolly giant that Eddie Hall embodies was gone in an instant. Was this a sneak peak of what we’ll see in the ring? Hopefully. Just as he did for his 500kg deadlift, expect him to stare into the mirror again. Stare into the mirror, and envision the absolute most horrific, unspeakable, putrid situation involving a loved one. And the only way to stop that act from coming to fruition is to punch right through Thor’s thick skull. Was this the dark waters Hall was referring to? Maybe. Only Hall knows.

For Thor, that should be terrifying.

Weighing in at an average 350 pounds, over nine bouts, it’s safe to say Nicholas is an extremely heavy human being. However, Nicholas was an anomaly for boxers his weight. He fought in 18 professional bouts, and even got the honor of getting a proper whooping by future lineal champion Deontay Wilder back in 2010. Many don’t see past five fights.

Keeping in mind 350 pounds is near record-shattering for the boxing world, let’s discuss the potential weight of the fight we may witness next year. Currently, give or take a few pounds, Hall weighs a whopping 365 pounds. What about Thor? 450 pounds.

This is an unprecedented fight set to take place in September of next year in Las Vegas, with a specific date to be named later.

The powerlifting world meets the boxing world, and no matter the outcome, both worlds will benefit from this. As for the fighters, it’s fairly obvious who will come out on top.

Now—Thor, is the proper time to use a personal gym.

For a better undrerstanding of the significance of Björnsson’s deadlift, read my previous articlethat goes into more depth—in the comfort of your home, of course.