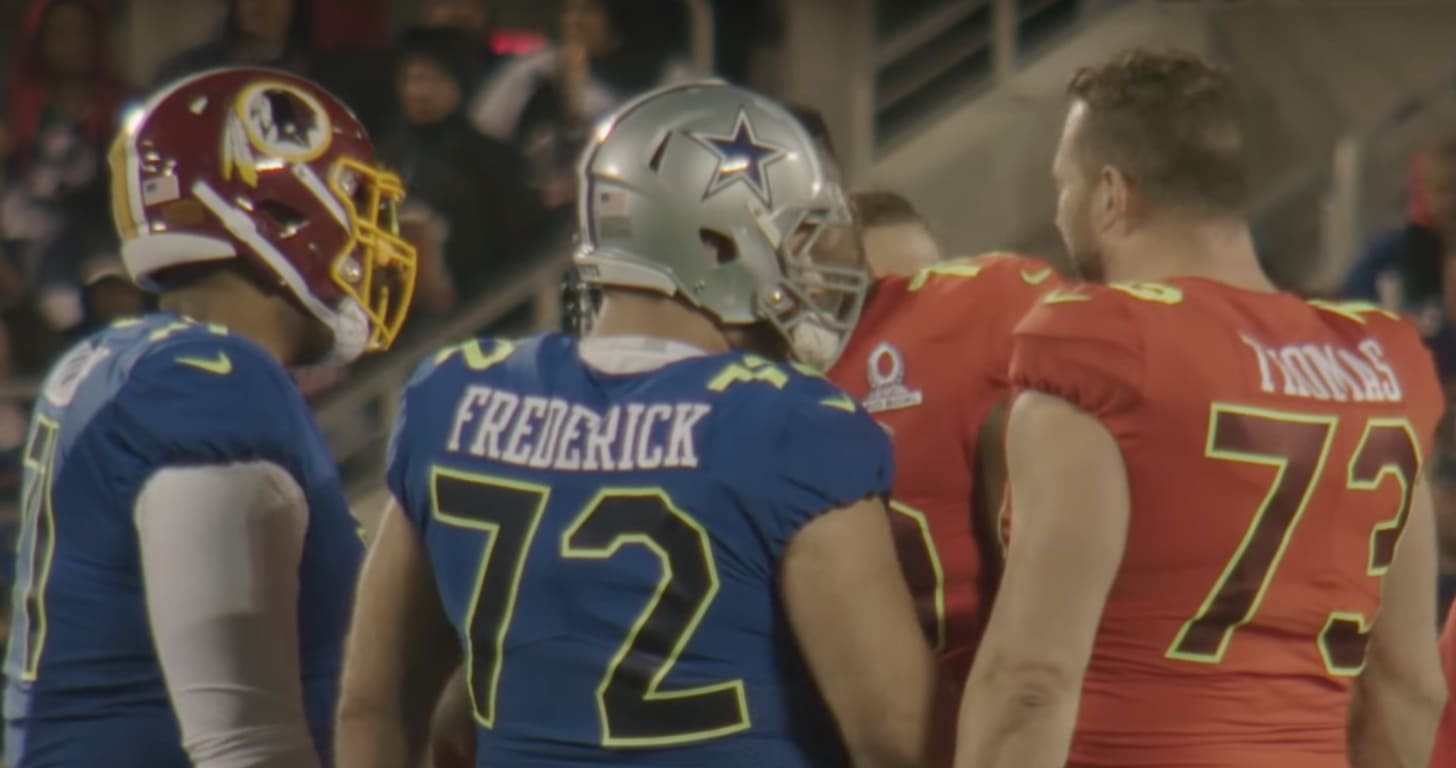 Quick! Think of the greatest players in NFL history. Odds are you thought of legends like Tom Brady, Barry Sanders, Joe Montana, or maybe even Jim Brown. I wouldn’t be upset with you, and neither would many other people. Now, what’s the most critical position on the football field? No, it’s not the quarterback.

I know what you’re thinking, “But Holden! Quarterbacks control the helm for the offense!” I would say you are right, but who maintains the helm?

Offensive linemen. Easily the most underappreciated unit in all of football, and quite possibly the sports world. For the average football fan, linemen are as disposable as the plastic wrap your Crunchwrap Supreme from Taco Bell is wrapped in. There aren’t many linemen that can be considered household names. Ask somebody to name ten quarterbacks, and they can do it quickly. Ask the same person to name ten linemen, and they’ll struggle. That is especially true if you discount any linemen from their favorite team.

They don’t run, catch, or throw the ball, so who cares? The running back, quarterback, and receivers care. Look at Dallas Cowboys running back Ezekiel Elliott, who bought all of the Cowboys linemen brand new John Deere ATVs for Christmas back in 2016. Symbolically, these ATVs will be used to clear up and get through tight spaces, similarly, how the line did for Elliott. Without adequate linemen, running backs would get swallowed up at the line of scrimmage, no matter how skilled they are. Often, besides the play call, a running back will determine what hole they’re going to hit based on how big of a hole the linemen create. Whether it’s a straight bull rush or a perfectly timed pull, linemen can get it done. Ask a running back who they couldn’t succeed without, and odds are, they’ll say the line.

Being a former lineman myself, I can understand why linemen are underappreciated. Our jobs look extremely simple—just hit the person in front of you. I can assure you that it is not that simple. The incredibly tricky footwork that goes into line-work is like nothing else. Linemen must work around the clock to perfect their foot skills and overall gorilla-like strength. The footwork that goes into being a successful lineman is comparable to the form swimmers must develop. Without it, the athlete is nothing. In my eyes, linemen not being regarded as a “skill position” is extremely disrespectful, but I can see the reasoning behind it. It’s a more natural way of saying, “everybody on the field except the linemen.”

At the end of the day, linemen accept their roles, understanding how crucial it is to a team’s success, and go to work. The countless hours spent in the gym, unmatchable hours working on footwork, and the unthinkable amount of food needed to sustain their activities are all sights familiar to linemen. Without the big boys in the trenches, the team won’t accomplish anything… hog squad stand up!