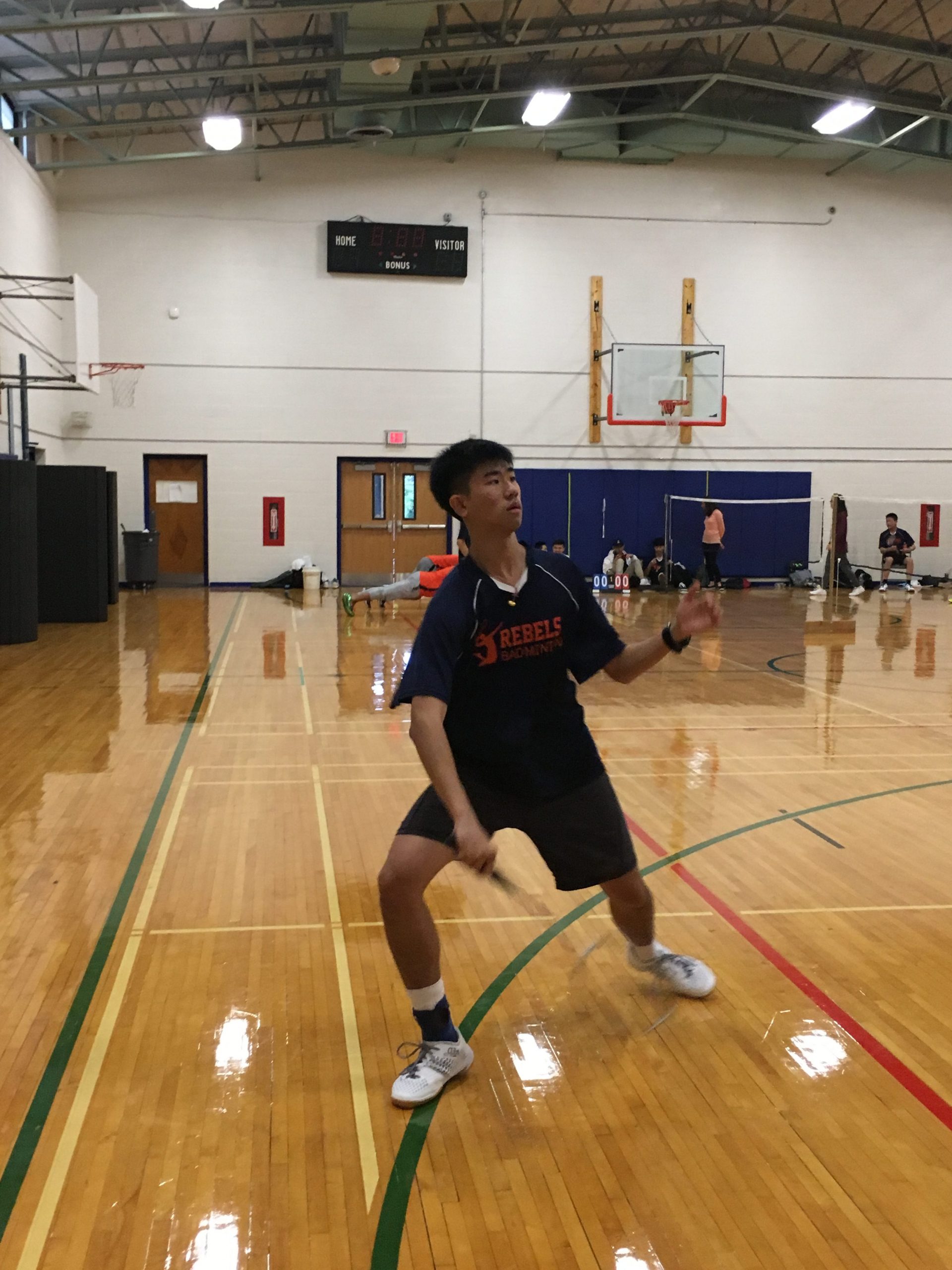 The sweet taste of success. Undefeated in league play since freshman year, a county title as a underclassmen, earning a top thirty ranking in the nation, and consecutive county finals appearances. Senior badminton standout Ethan Wu knows this taste. He was not only born into an extremely talented badminton family, he also puts in the hard and grueling work to succeed in any sport. He’s the first and last person in the gym, focusing on every repetition in order to maximize his growth as a player. He is always the loudest on the court, making sure to communicate with his teammates at every game in order to give them the best chance of earing the win.

Wu was introduced to the badminton culture at the age six, crediting his father’s past experience in the sport as the driving factor that got him into badminton. “My dad used to play internationally for China,” Wu said. “He played in the Olympics, played in the badminton version of the World Cup.”

It’s not just his dad who plays; badminton runs throughout the whole family. Wu’s siblings, Ryan Wu and Kayla Wu, also are often playing the sport. He and his siblings trained in his father’s own badminton gym, specializing in enhancing the skills of aspiring badminton players. While Wu might be one of the more advanced clients, he continues to work just as hard as anybody within his father’s gym.

Wu not only enjoys keeping family tradition alive but also loves the unmatched feeling of winning. “The motivation to win” drives him to be the best player he could possibly be. “I’m a team guy,” he said. “Everything I do is for the team.” To do this, Wu organizes training sessions and corrects any mistakes his teammates make. During matches, he also takes advantage of opposing players’ habits and any loopholes in their game. He informs his teammates in order to give his team the mental advantage that is always key for badminton. Being the team leader brings along stress, but despite this, Wu endures such stress so long as the team wins. The recipe for success is a difficult and hard one to perfect. However, Ethan Wu has found a balance of all the ingredients; communication, hard work, and teamwork. What’s the finished product? As Wu said, “The satisfaction of winning.”