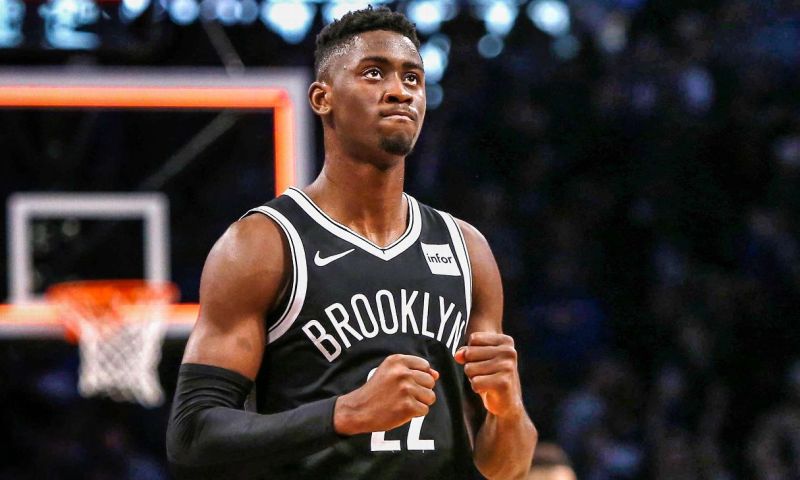 While the large majority of your team’s foundation is built during the draft, fantasy basketball is all about adjusting on the fly in order to stay ahead of the curve. A great way to do this is to look ahead when conducting trades; thinking in the future, not just the present. While a certain player may be lucrative in the moment, maybe in a week or two you might wish you didn’t pull the trigger. The ideal scenario is to be on the other end of that spectrum.

However, this is very difficult to do consistently. We here at Nerd Fantasy Sports pride ourselves on being able to do exactly that. During the NFL season I ran a column called On To The Next One where I predicted which players would do 50 percent better or worse the next week, or as I called it, rebound or fumble. I had a very impressive success rate of 66 percent. In similar fashion, I am taking on basketball to help you stay ahead of the competition in your fantasy basketball league.

Now, let’s take a look at six total players you should be buying or selling now before it’s too late.

Caris LeVert, G, Brooklyn Nets
15.0 PPG, 5.0 RPG, 4.0 APG, 1.0 SPG, 1.0 BPG, 1.5 3P/G
Already through two games, LeVert is finally starting to show the rest of the league his game en route to becoming a household name. Although he is 100 percent a starting talent, LeVert is coming off the bench for the Brooklyn Nets. This gives him free rein to control the main ball-handling and scoring duties for the Nets second unit. This unit is essentially the same team he played alongside in the Orlando bubble where he averaged 23.1 PPG, 5.4 RPG, 7.8 APG, 1.4 SPG, and 1.7 3P/G en route to being named All-Bubble second team. He likely won’t put up those numbers, but expect him to flirt with 18 PPG, 5 RPG, 5 APG, and 1.5 SPG when he really gets it going. Brooklyn’s starting point guard Kyrie Irving is extremely injury-prone, so in the unfortunate event of him getting hurt, LeVert would instantly be inserted into the starting lineup. Take advantage of the fact LeVert is not a household name yet now while you can.

Josh Richardson, G, Dallas Mavericks
14.5 PPG, 4.5 RPG, 1.5 APG, 1.5 SPG, 0.0 BPG, 2.0 3P/G
Richardson is by far one of my favorite mid to mid-late round picks depending on the intelligence of the members in the league. Last season, Richardson had an abysmal job of being one of the few three-point threats on a below-average Philadelphia 76ers roster. This season, however, Richardson joins a squad that was second in the league in three-pointers made last season with 15.1; 0.6 behind the Houston Rockets. This will allow Richardson to stop being a niche player and return to the Swiss-army knife Josh Richardson we saw in Miami. Playing alongside one of the best offensive creators in Luka Dončić also certainly helps his catch-and-shoot rates as well.

Kristaps Porziņģis, C, Dallas Mavericks
N/A (Injury)
While Porziņģis has always been a risky player to invest in for fantasy, the Latvian is absolutely lethal when healthy. Last season, he averaged 20.4 PPG, 9.5 RPG, 2.0 BPG, and 2.5 3P/G. It’s very rare to see a center that can score at a 20+ clip, grab 10 boards per contest, all while being an elite shot-blocker at two shots sent back per game. The sugar on top? He can shoot at an impressive 36% career rate from deep. With an ADP of 56.8, this shows people are hesitant to select the big where he usually should be; around the third round at least. Which is fair, the injury situation is definitely scary. However, if you are able to package together Porziņģis and a solid, less-risky player, then you have to pull the trigger. Porziņģis’ value is one that you should not pass on.