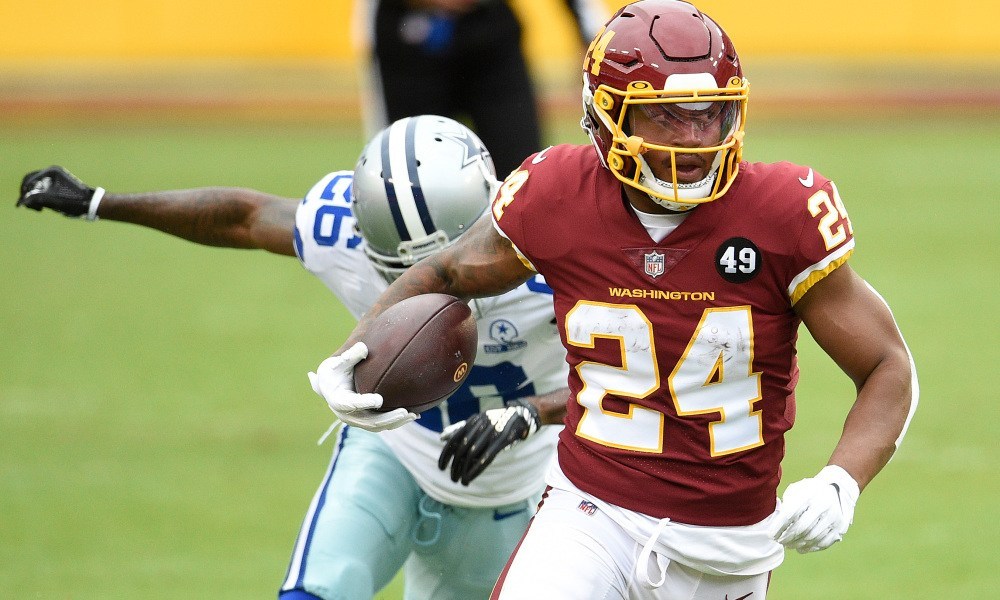 Welcome to On To The Next One! There will be two categories here: “The Rebounders” and “The Fumblers.” The Rebounders highlights two players that had a disappointing fantasy performance last week, but will rebound this upcoming week to produce better numbers. The Fumblers will feature two players that had fantastic performances last week, but they will not put up nearly the same amount of points on the board this upcoming week, and will fumble away the fantasy football glory they fleetingly had.

If you have any of these players – PAY ATTENTION.

Alvin Kamara, RB, New Orleans Saints
6.2 points (PPR) / 5.2 points (Non-PPR) per ESPN
It’s crazy to think people are starting to panic on Kamara. Don’t get me wrong, he’s been underwhelming with Taysom Hill under center, (10.5 and 6.2 points for both weeks), but look at the numbers closer. Last week, New Orleans was up the whole game, so they never really passed the ball. This led to Kamara carrying 11 times for 54 yards, yes, but we all know rushing isn’t his super power. Next week, Kamara takes on the Atlanta Falcons who have been generous all season on defense, and who has given up four receiving touchdowns to running backs already; third most in the league.

Darren Waller, TE, Las Vegas Raiders
6.3 points (PPR) / 2.3 points (Non-PPR)
Don’t worry, I was just a puzzled as you were when I saw the final for the Raiders vs. Falcons game. Really? Derek Carr and Co. could only put up six points against the Falcons? Whatever. This week Waller will face the New York Jets who have given up the most touchdowns to tight ends this year at nine. Waller just so happens to be third in the whole league in red zone targets with 16, behind only Mike Evans and Davante Adams.

Antonio Gibson, RB, Washington Football Team
36.6 points (PPR) / 31.6 points (Non-PPR)
I’ll keep this one short to save both of us this time. Last week, Gibson played the Dallas Cowboys who have been the eighth worst defense against running backs, allowing 25.21 fantasy points per game to them. Next week, Gibson plays the Pittsburgh Steelers who have an impenetrable wall for a defensive front seven who give up the second least fantasy points to running backs at 16.99.

Deshaun Watson, QB, Houston Texans
35.1 points (PPR) / 35.1 points (Non-PPR)
This selection is a matter of matchups, yes, but more so because of Will Fuller V’s season-long suspension. Just how important is Fuller to Watson’s success, well, Fuller is tied for sixth in the league for the most receiving touchdowns with eight, and is 11th in receiving yards with 879. This places him as the eighth best wide receiver in fantasy so far. With him gone, Watson will have to start giving targets to Keke Coutee who has totaled 579 receiving yards in three seasons in the NFL. Respect to Coutee for even making it to the NFL, but he’s no Fuller. In addition, to that the matchup this week (Indianapolis Colts, 14.77 fantasy points/game to QBs, 3rd in NFL) is much tougher than last week (Detroit Lions, 20.09 points/game, 25th).

OP-ED: I was a poll worker for the 2020 Presidential Election