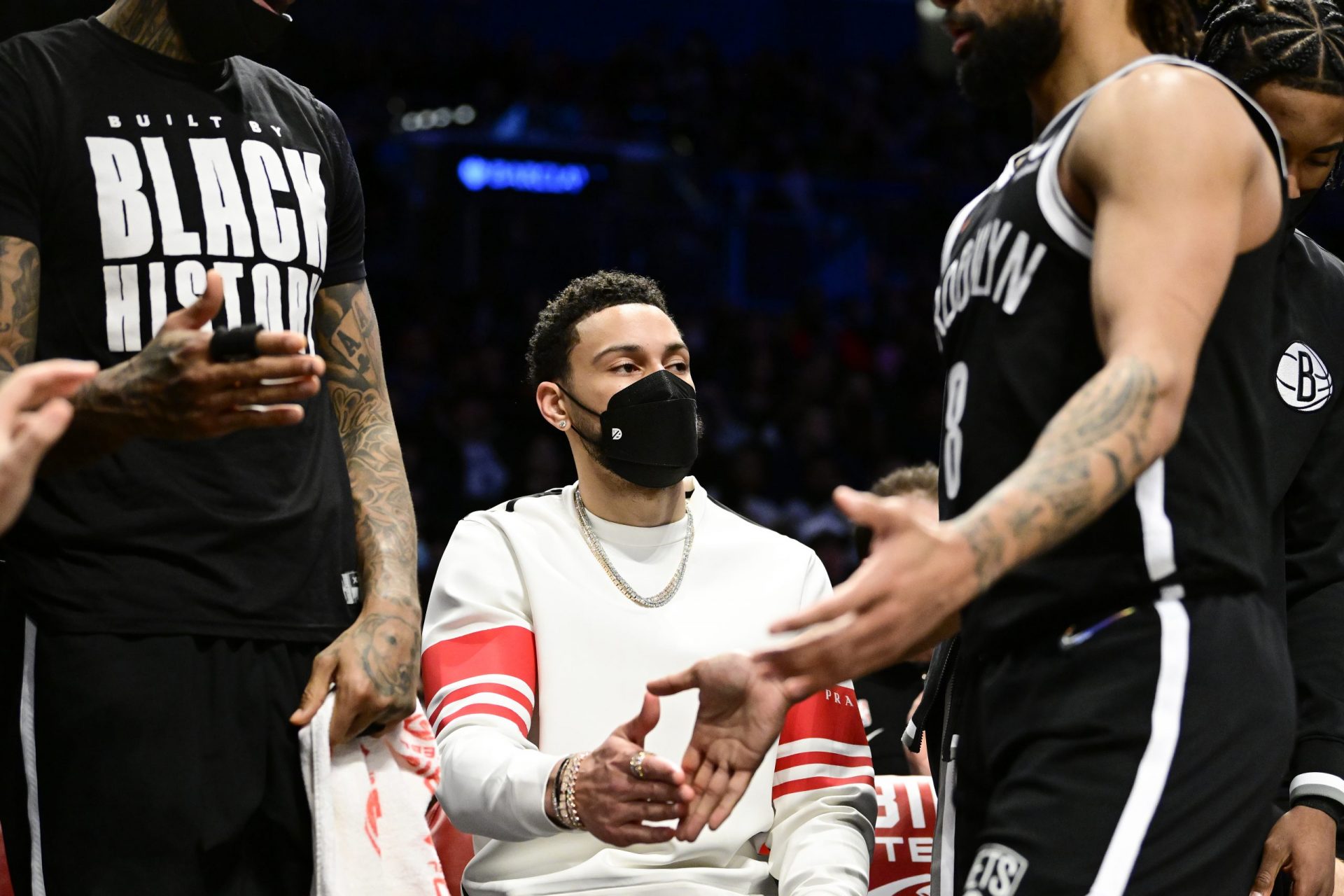 Ben Simmons ‘Blessed’ to be a Brooklyn Net, No Timetable for Return

The newest Brooklyn Net, Ben Simmons, spoke to reporters for the first time in months during a 15-minute introductory press conference on Tuesday in the HSS Training Facility.

“It’s a blessing to be in an organization like this,” Simmons said. “I’m looking forward to getting back on the floor and building something great here.”

Simmons believes things will get ‘very scary’ in Brooklyn when the team is at full strength. As for when he would return, he was optimistic but gave no date.

When he eventually gets on the floor, Simmons believes he can bring a lot to the table for the Brooklyn Nets.

“I think it’s just staying aggressive and playing to my strengths. That’s being a play-maker, making the right plays, and setting my guys up. Defensively, locking down who I need to lock down,” Simmons said about his fit with the team. “I’m excited to get on the floor with these guys. Incredible team and incredible talent. I’m super excited.”

Simmons also spoke on his mental health, which was widely reported as playing a key role in Simmons’ trade request and refusal to play for the 76ers. When asked about how things got so bad in Philadelphia, he stated

“But there’s just a lot of things internally that had to happen over time. And it just got to a place where I don’t think it was good for me mentally. So it is what it is. It happened, and [I’m] moving forward.”

Already feeling welcomed by Brooklyn, it will be easier for Simmons to move forward.

“For me, it felt like it should feel always. My teammates embraced me as soon as I got here,” said Simmons about being back on an NBA bench. “The fans were very welcoming, which was great. The energy, around the locker room and in the building, was terrific.”