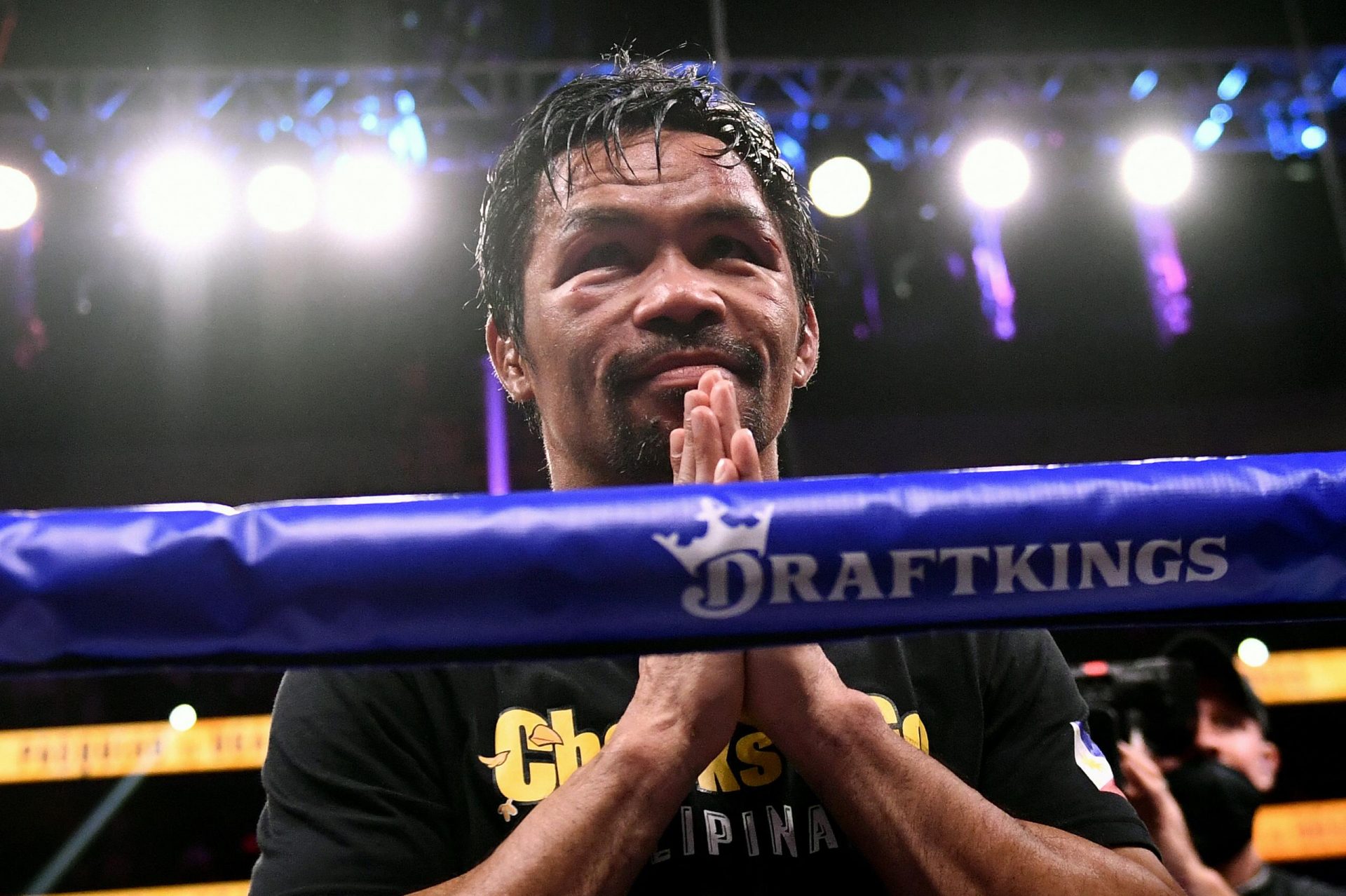 Aug. 21st was a prime example of two boxers on two drastically different paths meeting at a crossroads. Manny Pacquiao, an absolute legend of the sport, was trying to make one last push for glory while Yordenis Ugás wanted to prove that he is one of the best welterweights on the planet and truly deserved the WBA title. The latter fulfilled his goal. But, the funny thing is Ugás wasn’t even supposed to be the one fighting the Filipino senator.

Pacquiao was initially scheduled to fight Errol Spence Jr. — the fighter many claim to be the true king at welterweight; debatably second to only Terence Crawford depending on an individual’s opinion. Spence Jr. holds the IBF and WBC titles while Ugás was given the WBA title after Pacquiao was stripped of the belt in Jan. this year due to inactivity. Long story short, the WBA labeled Pacquiao a “champion in recess” because he was, according to Rule C. 22-24 in the WBA’s rulebook, “unable to defend the belt for medical, legal, or other reasons beyond his control.” The Pacquiao camp was appalled by the decision, because Pacquiao is a sitting senator in the Philippines, and obviously during a global pandemic, his priorities at the time laid heavily upon the needs of his people. From an outside perspective, it also doesn’t make sense because of the fan appeal Pacquiao attracts; since he was stripped of the belt, there would be no title defense that would bring in millions for the fighters and the WBA.

A few months later, the Pinoy warrior decided it was time to make his return to the ring against the aforementioned Spence Jr. Everything looked good to go until Spence Jr. and his camp announced 12 days before fight night that Spence Jr. suffered a retinal tear during sparring. Pacquiao then decided to challenge Ugás instead, as Ugás was already in training camp because he was scheduled to fight in what should have been the co-main event on the Pacquiao vs. Spence Jr. main card. Ugás was now getting his shot to prove that he deserved WBA gold and that the sanctioning body didn’t make a mistake by stripping Pacquiao of the belt.

The T-Mobile Arena in Las Vegas, Nevada was jumping as a video on the jumbotron showed legendary boxing commentator Larry Merchant praising Pacquiao as one of the greatest to ever put on a pair of gloves. Following applause, the speakers boomed “Eye of the Tiger” by Survivor as Pacquiao made his way to the ring for what may be the final time in his career. Ugás waited patiently in his corner shadowboxing, now fully feeling the gravity of the fight.

As the bell rang to signify the beginning of the fight, the crowd chanted, “Manny! Manny! Manny,” just as they once chanted “Ali! Ali! Ali!” Pacquiao came out of the gate firing, throwing 185 punches through three rounds to Ugás’ 104. However, Manny only landed 31 of them in comparison to the Cuban’s 40. It was obvious from very early on that Ugás’ shell defense was too tight for Pacquiao to penetrate. Anytime he tried to show off his blazing speed, Ugás instantly shelled, blocking a large majority of the shots coming his way. To make matters worse for the Pinoy fighter, Ugás was razor sharp with his jabs, particularly his double jab. This was a pattern that persisted throughout the fight.

Halfway through the match, you could argue Pacquiao won two, maybe three rounds, in large part due to pure activity and proper body language. However, Ugás had landed much more significant shots that were well-timed and meaningful. From here on out it was all Ugás. Aside from the previously mentioned shell defense and accurate jab from Ugás, Manny never had his legs under him in this fight and he could never figure out Ugás’ looping right. Instead of throwing a straight right aimed flushly at Pacquiao’s chin, Ugás often threw a looping right aimed for behind the guard of Pacquiao in his cheek/neck area.

The later rounds saw much of the same from the previous ones, except Manny picked up the pace in a desperate attempt to stop Ugás as he knew he was likely behind on the scorecards. That never happened, as Ugás shimmied his shoulders and smiled towards the end of Round 12 then proceeded to raise his arms at the sound of the bell, believing he was victorious. The judges agreed, handing Ugás the win unanimously.

After the fight, Ugás had nothing but praise for the Filipino fighter but insisted he had been at a world champion level for a long time and hinted at a future unification fight with Spence Jr. Pacquiao returned the praise and deflected retirement questions while flirting with the idea of running for President back home in the Philippines. Was this the last time Pacquiao put on a pair of gloves as a professional boxer? Who knows. The only thing we do know is that the two boxers who initially met at a crossroad at the beginning of the night are now headed down completely different paths than they were previously, for better or for worse.

Unity in the Community Day prospers despite setbacks